Neroclean has vast experience in legionella treatment and we were helping in the prevention of Legionnaires’ Disease before most people had even heard of it.

Legionnaires disease is a life threatening risk to public health caused by legionella bacteria which are released into the air from poorly treated water systems such as cooling towers, domestic water taps & showers, hot tubs & spas, and many more… 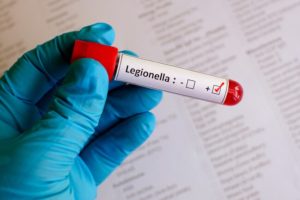 What is Legionnaires’ disease?

Legionnaires’ Disease is a form of pneumonia caused by inhaling tiny water droplets (aerosols) which are contaminated with Legionella bacteria. It is often fatal but is wholly preventable. Legionellosis is the name given to a range of illnesses caused by Legionella bacteria; as well as Legionnaires’ Disease they include Pontiac fever and Lochgoilhead fever which are milder flu-like illnesses.

Where does the disease occur?

Legionnaires’ disease occurs around the globe, however the rate of occurrence is not known due to the fact that many countries lack good surveillance systems to diagnose and detect the disease.

In Australia, Europe and the United States of America, there are around 10-15 cases detected per million population.

How can it be prevented?

Regular maintenance, cleaning and disinfection of water and air conditioning systems, to minimise the growth of the legionella bacterium, can reduce the public health threat of Legionnaires’ disease.